- quote
Waka (和歌, literally, "Japanese poem")
is a type of poetry in classical Japanese literature. Waka are composed in Japanese, and are contrasted with poetry composed by Japanese poets in Classical Chinese, which are known as kanshi. Although waka in modern Japanese is written as 和歌, in the past it was also written as 倭歌 (see Wa (Japan)), and a variant name is yamato-uta (大和歌).

The word waka has two different but related meanings: the original meaning was "poetry in Japanese" and encompassed several genres such as chōka and sedōka (discussed below); the later, more common definition refers to poetry in a 5-7-5-7-7 metre. Up to and during the compilation of the Man'yōshū in the eighth century, the word waka was a general term for poetry composed in Japanese, and included several genres such as tanka (短歌, "short poem"), chōka (長歌, "long poem"), bussokusekika (仏足石歌, "Buddha footprint poem") and sedōka (旋頭歌, "repeating-the-first-part poem").
However, by the time of the Kokinshū's compilation at the beginning of the tenth century, all of these forms except for the tanka and chōka had effectively gone extinct, and chōka had significantly diminished in prominence. As a result, the word waka became effectively synonymous with tanka, and the word tanka fell out of use until it was revived at the end of the nineteenth century (see Tanka).
- source : wikipedia -

1.
The earliest extant collection of the Japanese poetry, the Man'yōshū, contains a preface (Jp. jo 序 or daishi 題詞) to two poems on the love of parents towards their children: "Sakyamuni expounds truthfully from his golden mouth, 'I love all things equally, the way I love my child, Rahula.' He also teaches that 'no love is greater than the love for ones child.' Even the greatest of saints cherishes his child. Who, then, among the living creatures of this world could fail to love children claimed as one's own?" There are several prefaces and poems in the Man'yōshū that mention the name of Buddha Śākyamuni (Jp. Shaka Nyorai 釋迦如来 /an honorific title of Siddhārtha Gautama), Buddhist temples (Jp. tera 寺), monks and nuns.

2.
Among the treasures of Yakushi-ji Temple in Nara there are stone blocks dating from the Nara period modeled as "the footsteps" of the Buddha (Jp. Bussokuseki 佛足石). These blocks contain poems in man'yōgana that may be considered the oldest Buddhist waka (Japanese language poems) known to date. These poems are usually referred to as bussokusekika (lit. "poems on stone imprints of Buddha's feet": 仏足石歌).
Consider the following example:

Rare indeed
are the footprints
where trod the man
who lacked none
of the thirty two marks
and the eighty signs [of Buddhahood].

Both examples above have one trait in common. Namely, the focus on the physical characteristics of the Buddha is prominent: "the golden mouth" of the Buddha in the Man'yoshu and the "feet of the Buddha" in the stone inscriptions relate to the marks of perfection of the Buddha's body / speech (Skt. mahāpuruṣa, lit. [signs of] "a great person").

The first Imperial Anthology to treat Buddhist tanka as a separate genre, i.e. shakkyōka （lit. "Poems of Śākyamuni's Teaching": 釈教歌）, is the Senzai Wakashū, which has an exclusive section dedicated to the Buddhist Poems in Volume 19 (第十九巻). Among the most famous poets who wrote shakkyōka are: Saigyō; Jakuren; Kamo no Chōmei; Fujiwara no Shunzei; Jien; Nōin; Dōgen, Ton'a, etc.
Many of the so-called "Thirty-six Poetry Immortals" wrote Buddhist poetry.

Shakkyōka can be subdivided according to the ten following motifs:

01 Buddhas and bodhisattvas;
02 Eminent monks / nuns;
03 A passage from a sutra;
04 A passage from commentatorial corpus of the Buddhist canon;
05 Buddhist Experience (meditative / devotional states);
06 Mental states, such as delusion, passion, anger, etc. that are important in the Buddhist discourse;
07 Religious deeds;
08 Related to temples and shrines;
09 Buddhist views of Nature;
10 Natural phenomena alluding to Buddhist themes (e.g. transience of flowers blooming).

These motifs are not mutually exclusive and are very often combined within a given poem.
- source : wikipedia - 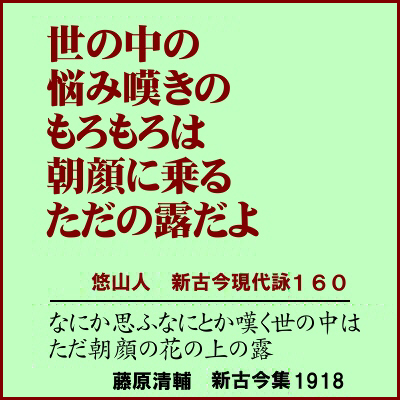 The Wind from Vulture Peak addresses the history of the gradual incorporation of Buddhist concepts into Heian waka poetry and the development among court poets of a belief in the production of that poetry as a Buddhist practice in itself. 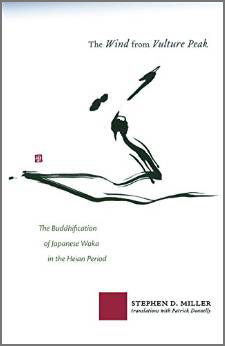 The Wind from Vulture Peak Mountain
is an extraordinary book for anyone attracted to the life of art, poetry, mediation and contemplation. It explores the ways in which a traditional Japanese poetic form, the waka became an integral part of the Buddhist spiritual path. Thus it became for many in Heian Japan that "the path of poetry is none other than the path of Buddha".
Steven Miller's exposition is subtle, clear and deeply sensitive; the poems with which he collaborated with Patrick Donelly are like hearing directly into the heart. Here's Kogen's poem on the Buddha's death:

today's tears
are the tears
of "if we had met"
In that long-gone garden.
of good bye.

Email ThisBlogThis!Share to TwitterShare to FacebookShare to Pinterest
Labels: - - - WWW - - -

amagoi waka 雨乞和歌 Waka poetry and rain rituals
A Samurai from Bizen no Kuni named 水野義風 Mizuno Gifu was ordered by the village head to write a Waka poem as a rain ritual.
The villagers were happy, took a copy home and offered it to the 産土神 Ubusunagami, And the rain came soon.
So to our day when there is a drought, they take out this paper and perform rituals. Then it will rain.