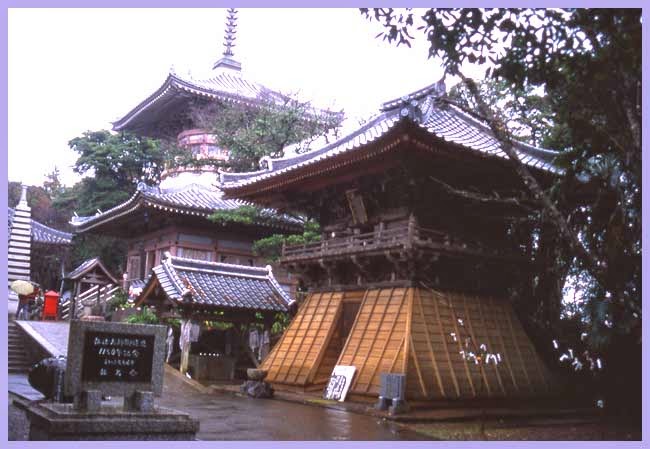 - quote
It is a long three-day walk down the coast from Temple 23 to Cape Temple on Cape Muroto. But, if you tune out the traffic and the fact that you are walking on the side of the highway all the way down the coast, you see that it is a beautiful walk. The scenery can be breathtaking and the breeze blowing off the coast is refreshing.

Having been unable to reach his goal of enlightenment on Mt. Tairyū, Kōbō Daishi came here to try again. He was 19 when he came, and he found a cave to meditate in down at sea level on the East side of the tip of the cape. He moved in and said that he wouldn't leave until he had completed his task. Three years later, when he was 22 years old, Kōbō Daishi achieved enlightenment and dedicated his life to the salvation of all mankind. As legend puts it, upon the completion of the gumonjihō early one morning, the morning star came into his mouth at dawn.

To commemorate his achievement, he took the name Kūkai, built Cape Temple on the top of the hill at the tip of the cape, carved a statue of Kokūzō Bosatsu, and enshrined it as the honzon. Because of this history, this temple has always been an important pilgrimage temple and has always enjoyed the support of the imperial family and the Daimyō of Tosa.

Near the cave in which Kōbō Daishi meditated is another cave called the 'Twisting Winds' cave. The local people continually suffered from the winds blowing in from the Pacific Ocean. To alleviate this, Kōbō Daishi twisted the wind in on itself, thus causing the rocks of the cave to look corkscrewed. This cave also shelters the souls of dead children.

In the temple grounds is a large boulder about 3' high and 4' wide with small, palm-sized stones laying in depressions along the top. When you strike the boulder with the smaller stones, musical tones are given off. Not just a CLACK of one stone hitting another, but a clack accompanied by a distinct musical tone, with different sized rocks producing different tones.

Frederick Starr talks about the famous Myōjōseki (Bright Star Stone? Morning Star Stone?). A deity appeared to Kōbō Daishi and Kōbō Daishi embedded it in this stone, which has shone ever since. He also talks about the temple's "potatoes not to be eaten." Apparently, these potatoes are sliced raw and stamped with a red seal. They must not be eaten but, instead, should be held over water so that you can see the reflection of the seals in the water. The water is then used as a cure for disease. Before the reflection is made, however, the water is offered in a cup in the tokonoma.

As an aside, old pilgrimage guidebooks say of Tosa, "Tosa wa oniguni yado ga nai." (Tosa is the land of demons where there are no inns). I didn't find that to be true, however. There were plenty of inns, uncountable numbers of friendly people, and abundant amounts of friendship.
- source : www.shikokuhenrotrail.com 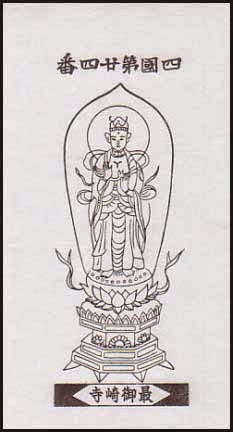 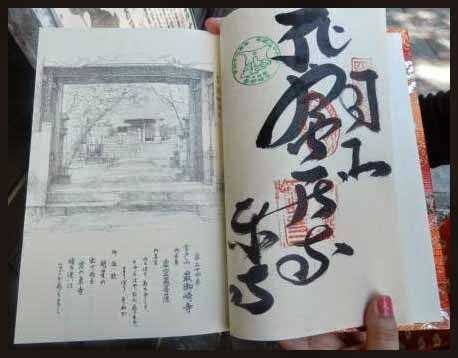 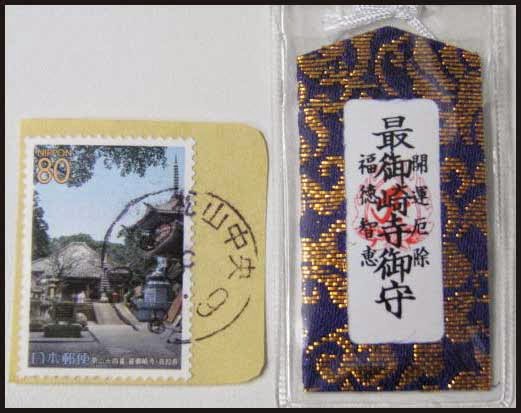 
- Homepage of the temple
- source : www.88shikokuhenro.jp/kochi/24


番最御崎寺の鐘石 The "singing stone", bell stone of the temple
If you hit it with a stone, it makes the sound of a beautiful metal bell. 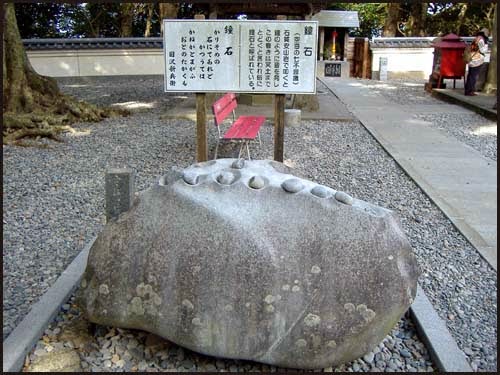 Look at more photos of this pilgrim in Kochi 高知県 :
- source : harano/wok