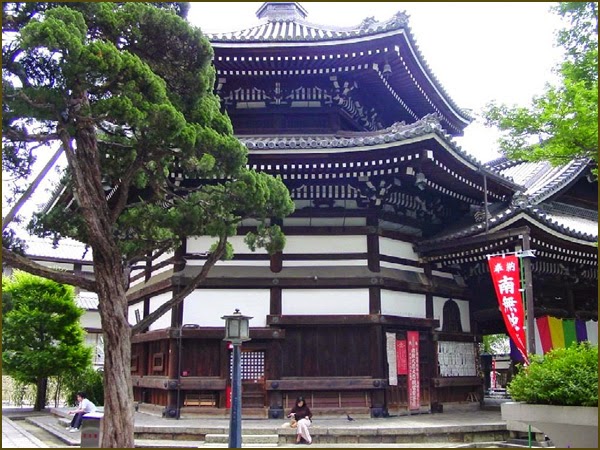 
- quote
Ikenobo and the Rokkakudo Temple
The Rokkakudo Temple is located southeast of the intersection of Karasuma and Sanjo streets in central Kyoto, and is formally known as Shiunzan Chohoji. The name rokkaku refers to the hexagonal shape of the temple (do). The Rokkakudo was founded by Prince Shotoku to enshrine Nyoirin Kannon, the Goddess of Mercy.

Near a pond (ike) where Prince Shotoku bathed, the small hut (bo) of succeeding generations of Buddhist priests gave rise to the name Ikenobo . The Rokkakudo is the site of the birth and development of ikebana. The custom of appreciating flowers in a vase probably dates back almost to the birth of the human race. Involved in this custom is the human characteristic of loving and adoring the beautiful. In this regard, there is no difference between East and West.
In Japan, however, arranging flowers has been carefully considered as the art form and, indeed, way of life called kado (ka, flower; do, way or path).

The custom of placing flowers on an altar began when Buddhism was introduced to Japan by way of Korea in about 538 A.D. In the Heian period (794-1192), apart from altar offerings, the practice of enjoying flowers arranged beautifully in a vase also became popular. Poems, novels and essays of the time contain many passages which describe nature, and which also mention the appreciation of flowers in a vase. Especially in the Kokin Wakashu ( The Anthology of Waka compiled by Imperial Order , early 10th century), Genji Monogatari ( The Story of Hikaru Genji , 11th century), and Makura no Soshi ( Essays by Seishonagon , 11th century), we find many vivid descriptions of members of the aristocracy both viewing and enjoying the arrangement of flowers.

In the Kamakura period (1192-1333), samurai (the elite warrior class) seized governing power from the aristocrats, a development which brought about great changes in Japanese society as a whole. The shoin-zukuri style of architecture first appeared at this time. The tokonoma (a small, sacred alcove at the side or end of the zashiki, a room for receiving guests) is a part of this architectural style. Earlier customs of arranging flowers in a vase for use as decoration on a table or in a corner of the room may well be said to have brought about the invention of the tokonoma.
- source : www.ikenobo.jp/english


- quote
Rokkakudo is a Buddhist temple, and is located about 0.4 km south of Karasuma-Oike intersection.
The position is roughly in the center of central Kyoto, so the narrow temple grounds are surrounded with high buildings. 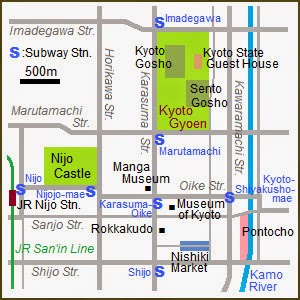 Main temple has double hexagonal roofs, and the shape is complex in structure. It was rebuilt in 1877.
There are three Buddha statues in the temple, but we cannot enter the temple and must worship in front of the temple.

This temple was managed by the priests of Ikenobo Family since ancient times.
They had had a custom to place flowers by the Buddha statues.
For a long time, they had created a method how to arrange flowers artistically.
Now, Ikenobo is well-known as the master of Japanese flower arrangement.
There is the building of headquarters of Ikenobo next to this temple.

In the temple grounds, there is a stone called "Heso-ishi". It means "bellybutton stone".
It is said that it was the foundation stone of the original temple.
Because this temple existed before the transfer of the national capital to Kyoto in 794, it has been said that the position is the center of Kyoto.
So this stone has such nickname.
- source : www.travel-around-japan.com


- quote
In front of the main hall of the temple is a hexagonal stone, known as the Navel Stone, which is believed the mark the center of Kyoto. 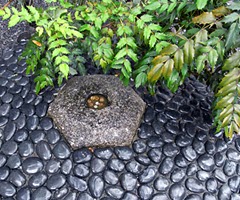 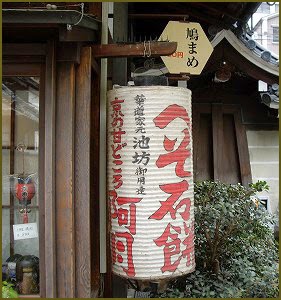 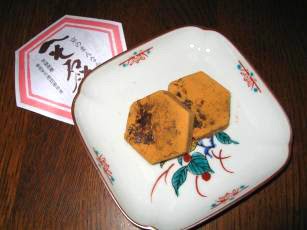 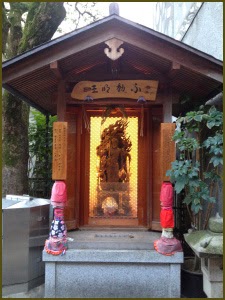 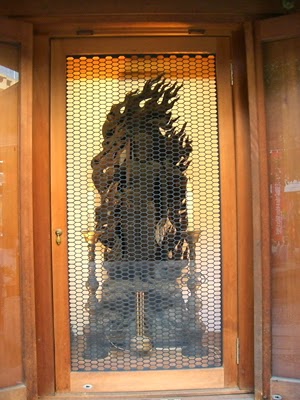 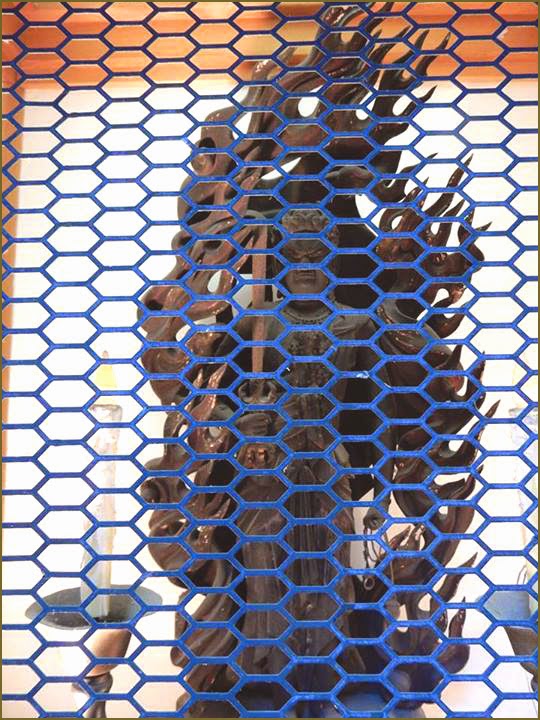 ... Fudo Myo-o has to endure being caged in because of the many pigeons that inhabit the temple precincts (and are none too particular about their droppings). Nonetheless the Fudo Myo-o has a wonderful view of the six-sided temple, supposedly founded by Shotoku Taishi
- shared by John Dougill - facebook - 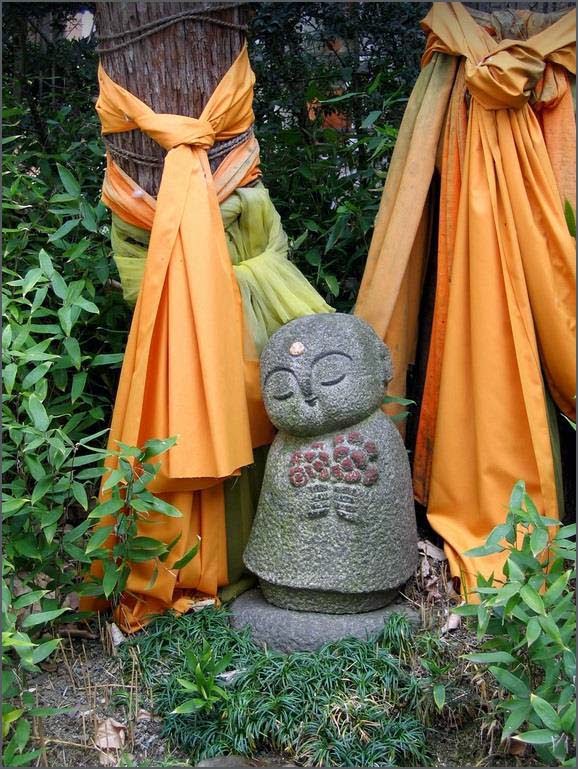 hana no Jizoo 花の地蔵
Jizo holding flowers, with the byakugo  (the third, all seeing eye)

at the Rokkakudo hall
a summer hat leans
on a pillar . . .