The most important deity of Esoteric Buddhism. He is in the center of the Kegon Sutra and the Mandala of Both Worlds. - - - Great Sun, Dai Nichi.

Descriptions of Fudo's physical appearance derive from such scriptural source as the Mahavairocana Tantra (Dainichikyō (『大日経』)) and its annotation. 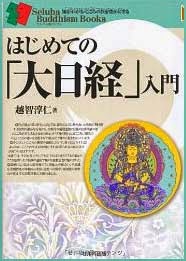 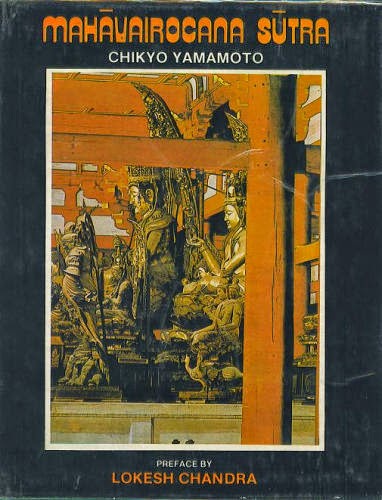 - quote
The Teachings of the Mahavairocana Sutra

Shingon Buddhism takes the seven chapters of the Mahavairocana Sutra (Dainichi-kyo) as the basic sutra for propagation, and has spread the belief in it to people. Its fundamental doctrine is explained in the "Chapter on the Stages of the Mind" in the first chapter. At the beginning of that chapter, it says,

"How do we become enlightened?
It is by knowing our own mind as it truly is."

The doctrines of Shingon Buddhism and the teachings of Kobo Daishi can be said to begin and end with the aspiration for the realization of enlightenment. The Mahavairocana Sutra is a sutra that explains the virtues of Mahavairocana Buddha, who is the source of life, and those virtues of the Buddha are expressed in the Sanskrit letter "A" (), which is pronounced "Ah". This letter A is the mind that aspires to be enlightened, and knowing one's own mind is to know one's own aspiration for the realization of enlightenment.

"The letter A is the mind that aspires to realize enlightenment."

The process by which one develops a single drop of the aspiration for the realization of enlightenment and becomes a buddha in this body is explained in the Mahavairocana Sutra in three phrases. The three phrases are as follows.

1. Make the aspiration for realizing enlightenment the cause;
2. Make great compassion the foundation of your actions;  - and
3. Perfect skillful means.

These phrases indicate the process for becoming a buddha in this body, and also clarify the content of that enlightenment.

First of all, raising the aspiration for the realization of enlightenment is the starting point for becoming a buddha.
Next, it says that it is to be nurtured by taking action only through the Buddha's ample compassion. Safeguarded by that compassion, we can move toward our objectives in all things, and even the attainment of enlightenment is through the power of the Buddha's great compassion.
The third phrase speaks of skillful means as the objective of perfection, and skillful means here refers to the skillful means for benefiting others.

These three phrases explain that we must thoroughly engage in the Bodhisattva practice of contributing to the welfare and benefit of the world until the end of our lives.

When we contemplate our own minds, bodies, and lives, we see that the doctrinal teachings of Shingon Buddhism from the beginning to the end explain the centrality of the aspiration for the realization of enlightenment and the unity of ourselves with the Buddha, and we come to understand the teaching of nonduality in which human beings are equal with and not distinct from the Buddha.

What the belief in "be kind to all life," means is that we know the dignity of our own lives, and can discover in our own existences the realization of enlightenment and the lifeforce of the Buddha.
- source : www.shingon.org/teachings 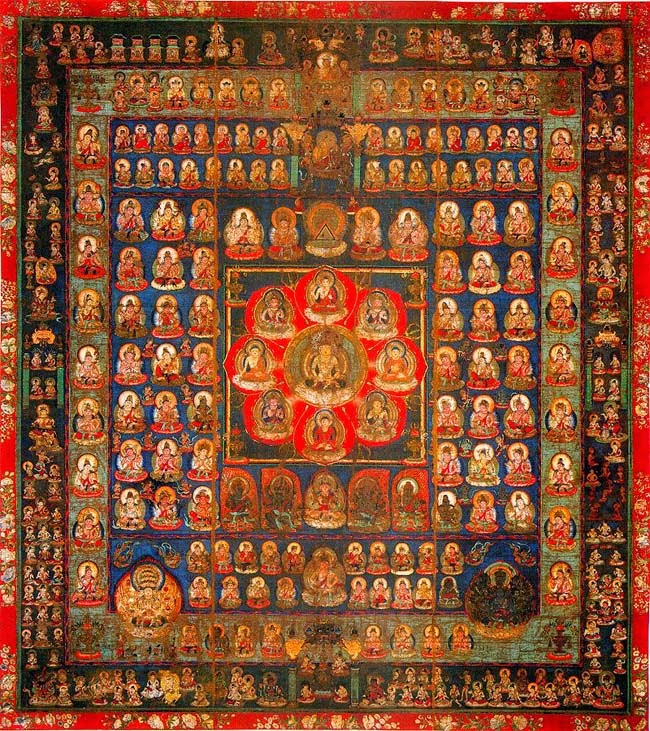 Kūkai Kobo Daishi learned of the Mahāvairocana Tantra in 796, and travelled to China in 804 to receive instruction in it.

The Mahāvairocana Tantra consists of three primary mandalas corresponding to the body, speech and mind of Mahāvairocana, as well as preliminary practices and initiation rituals. According to Buddhaguhya’s Piṇḍārtha (a summary of the main points of the tantra) the Mahāvairocana Tantra system of practice is in three stages: preliminary, application, and accomplishment. Attached here and there are doctrinal passages, and sadhana practices which relate back to the main mandalas.

Shingon Lineage
The Mahavairocana Tantra does not trace its lineage to Shakyamuni Buddha, the founder of Buddhism. Instead it comes directly from Mahavairocana.
© More in the WIKIPEDIA !

Email ThisBlogThis!Share to TwitterShare to FacebookShare to Pinterest
Labels: - - - DDD - - -