Rokubu known by their names

The motives for the Rokubu pilgrimage were manifold, often praying for a favor to the deities, healing of disease for themselves or family members, praying for guidance of a dead loved one to go up to the Buddhist paradise.
Most pilgrims remained anonymous, but some became famous on the way and had special halls erected. 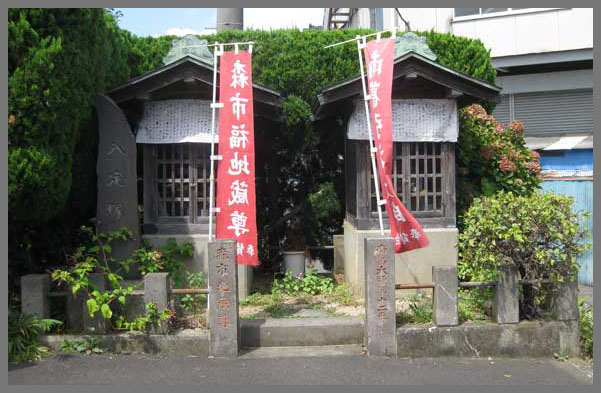 森市地蔵 Moriichi Jizo
Moriichi Jizo was built by village people to enshrine the Rokubu called Moriichi 森市.
Moriichi stayed several years on the way of the pilgrim and was respected by the people.
When he felt his end would be near, he decided to be buried alive to become an "eternal Buddha" and thus continue to pray for the prosperity and safety of the village people.
This Jizo stands on his grave mound. 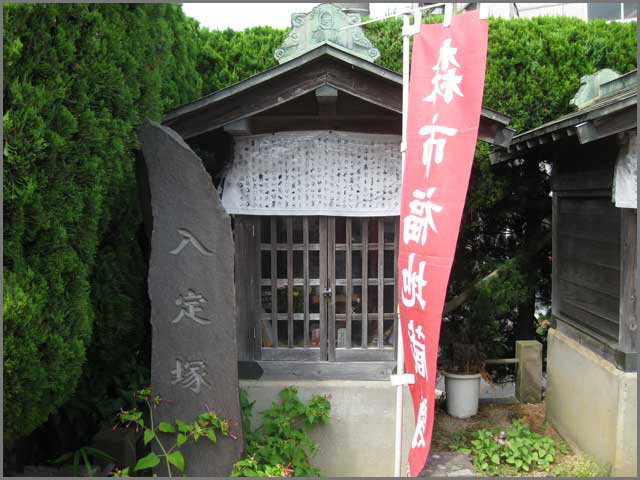 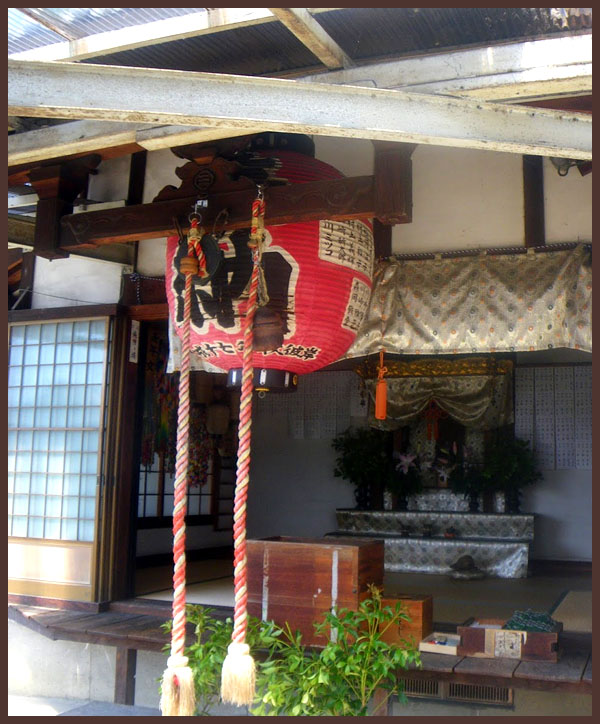 This hall is to enshrine the Rokubu named 友兵 Tomohei
He was a rich farmer and had a happy family life - all went well until his wife died of leprosy. He had to bring up his daughter おしげ O-Shige all by himself, but the girl at age 15 got the same disease as her mother. Tomohei bought all kinds of expensive medicine and prayed to the deities, but the girl did not get better. He sold all his fields, put 66 copies of the Lotus Sutra in a pilgrim's backpack and became a 六十六部 Rokujurokubu, walking away with his daughter. 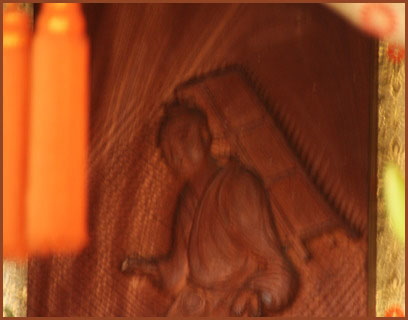 On their way he was told that the hot spring at 道後 Dogo Onsen in Matsuyama would heal. So they went to Matsuyama. By now the daughter was 19 years. But the hot spring did not heal, her face became worse and she had to shield away from human looks.
She died on August 26 in 1806.
When Tomohei came back to his home, he was filled with grief.
He died on the May 18 in 1818.

Despite his deep religious faith he had lost his family. Tomohei died, saying:
“It is no use praying to Kami or Buddha for the safety of yourself and your family.
Pray to me instead.”
This temple is called お六部さん O-Rokubu San by the local people.
- reference source : yoyochichi.sakura.ne.jp... - 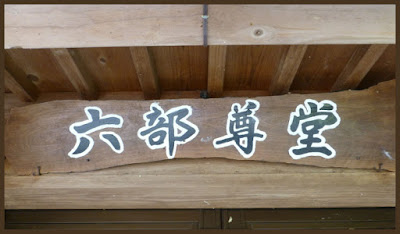