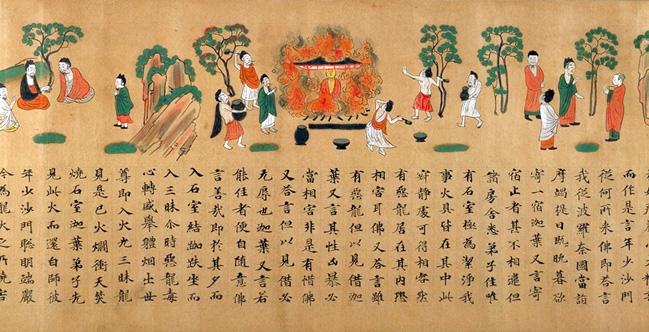 Different parts of the Eingakyo scroll are available at various temples and museums.

- quote -
National Institutes for Cultural Heritage:
"Eingakyo" is a set of eight painting scrolls created by adding paintings to "Kakogenzai Ingakyo
(Ryusho Gunabattara, translated in the mid Genga period (Sung) (fifth century)" consisting of four scrolls.
The list known as "Tenmeishouhin gonengogatsunanoka ruishushoujoukeinouhitsu mokuroku (天平勝寳五年五月七日類収小乗經納櫃目録)" of Shosoin Monjo has an item of "Gaiinkei nibujuurokkan (畫因果經二部十六巻) (two sets of 16 scrolls)" and this is the first appearance in Japanese literature. Another list known as "Heikatuhinhassai sichigatufutsukaruijuu toshoryoukeimokuroku (平勝寳八歳七月二日類従圖書寮經目録)" has an item of "Souingakeihatu Jusankan ichinichi tunonaka itchichitsue (繪因果經八（十三）巻 一（二）帙之中一帙繪)."
At that time, the creation of pictorial covers of Kyokan became popular at places where Sutras were copied when the relationship between the places and the painters deepened. It is significant that Buddhist paintings were understood in conjunction with the text expressions in "Eingakyo."

The painting held at this museum is one of those that used to make up one scroll together with those held in Jobon Rendai-ji Temple and represent the last scene of "Shimon Shutsuyu" following the four scenes ("Kyoshibugei (競試武芸)," "Kanjyo Taishi (灌頂太子)," "Enbujukashiyui (閻浮樹下思惟)" and "Nouki (納妃)"). They represent those including scenes of Prince having a dialogue with Biku (a trainee Buddhist priest) after exiting the north gate and then Biku heading for the sky, of Prince coming back to the castle on a horse, of Udai (one of Shaka's disciples) talking to a king, of Prince meeting Biku, of a dialogue with Biku, of Prince and his wife watching Geiki singing and dancing to music and finally Prince asking King for permission to become a priest.

As each existing "Eingakyo" has unique expressions, it seems unlikely that they were created by the same painter in the same period. However, it seems this can be a valuable clue to looking into the situation of the Gakoshi (an institution to which painters belong) of the time.
This is a rare and extremely valuable work from the Nara period that still exists.


mamono 魔物 demons and monsters from the scroll
They represent the deities of other religions which Shakyamuni encounters.
There are more than 30 Mamono appearing on the scroll. Some look very much like Oni. 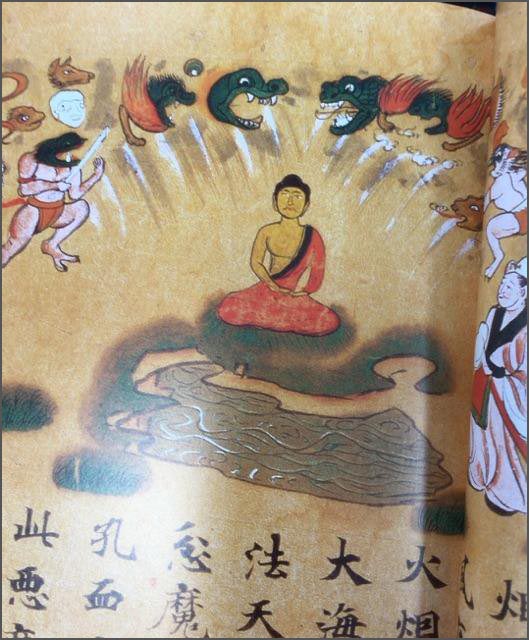 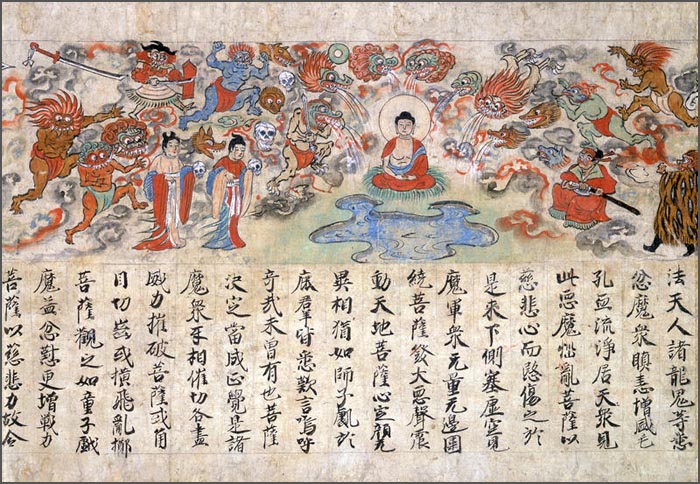 Putting aside these tales of his previous lives, Sakyamuni himself was born about 2,500 years ago in India as a prince, named Siddhartha. His family name was Gautama. His father was Suddhodana, the ruler of a small kingdom called Kapilavastu (on the boarder of present-day Nepal and India); his mother was Queen Maya. According to legend, he was born in the nearby garden of Lumbini. As a prince, Siddhartha spent his childhood and youth in comfort.

This sutra from Jobon Rendai-ji Temple in Kyoto starts from around the time the prince was ten years old. The young Siddhartha spent his time competing in skill and strength against his cousin Devadatta and his half-brother Nanda and always winning. The illustration here captures such a scene that demonstrates the prince's amazing abilities.
- photo -
Here, Siddhartha is about to shoot seven drum-shaped targets made of gold and silver. Since there are seven targets, at least seven arrows would usually be needed to hit all of them, but Siddhartha hits all seven with a single arrow!

According to legend, Prince Siddhartha one day ventured out of his castle from four gates-in the directions of east, south, west, and north-and on each occasion he encountered an old man, a sick man, a dead man, and a spiritual man. The image below represents the scene in which the prince leaves the castle from the south gate to see a sick man. The prince, who had been protected from the outside world, was deeply struck by this sight of illness, as he had never seen a sick person before.

The sutra also captures several other interesting scenes such as Siddhartha competing in a wrestling match and plowing a field to demonstrate his strength. The sutra itself was copied in a beautiful kaisho (formal style of calligraphy) in Japan during the Nara period (710-793). The colors used to paint the illustrations even today are surprisingly brilliant. Moreover, this manuscript not only represents one of the few existing examples of painting from the Nara period, but also served as the prototype of emaki (illustrated handscrolls), which became popular from the Heian period (710-793) on. Finally, there are very few eighth-century sutras from the East Asian Buddhist countries of China, Korea, and Japan that are illustrated and that are as well preserved as this wonderful work.
- source : Kyoto National Museum-
Text by Eikei Akao, Department of Fine Arts- 1998

The Buddhist biographical scriptures that the ancient Japanese used were mainly those written in Chinese and even they were introduced as illustrated biographies. ‘Eingakyo( (Illustrated Sutra of Cause and Effect) is one of the most famous ancient works that was imported to Japan in the Nara Period (8th century AD). 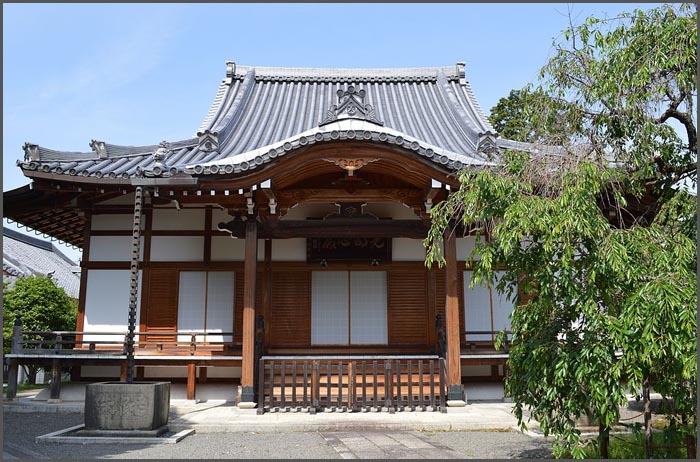 It was built by 聖徳太子 Shotoku Taishi to venerate his mother. 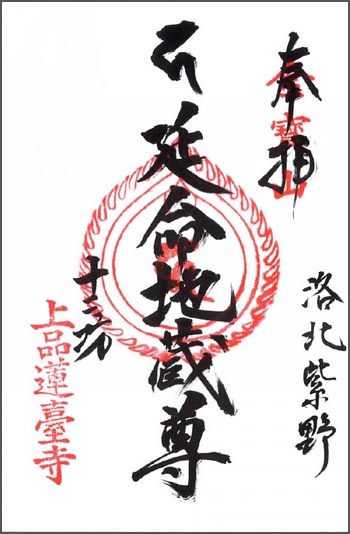 . jigoku no oni 地獄の鬼 demons of the Buddhist hell .