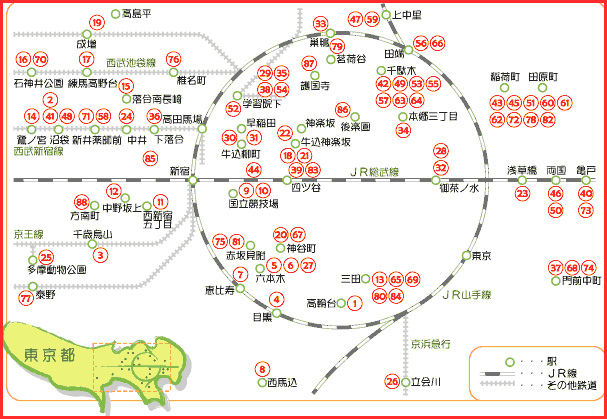 Gofunai or 府内 Funai referred to the part of Edo that was under the jurisdiction of the machibugyoo 江戸町奉行 city magistrate. Fukagawa, Itabashi, Shinagawa, Honjo, Senju and Yotsuya were included.

Jippensha Ikku 十返舎一九 (1765–1831) mentiones this pilgrimage as 東都大師巡八十八箇所. He wrote that many people start a pilgrimage to seek healing from an illness or pray to stay healthy until the day they have to die, so as not to become a burden to their family.
Like watching Kabuki theater, going to a pilgrimage in Edo became a kind of hobby for the rich. It is also a way for bereaved people to try and cope with the loss of a loved one.

After the Meiji restoration, earthquakes and fires some temples were relocated outside ofthe central area, to make room for the modern city development.
Therefore the temples are now located here and there in Tokyo. 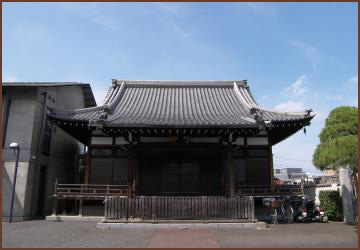 In the compound of the temple 吉祥寺 Kichijo-Ji.
The main statue is 大日如来 Dainichi Nyorai.
The date of its origin in not clear, but it was founded around 1580 by 覺祐上人 / 覚祐上人 Saint Kakuyu.
In 1607 it was relocated from 平河 Hirakawa to 牛込 Ushigome and in 1635 to its present location in Bentencho.
The grave of the founder of this Henro pilgrimage, 正等和尚 / 正等大阿闍梨 Shoto Osho (1703-1774), is in the compound. 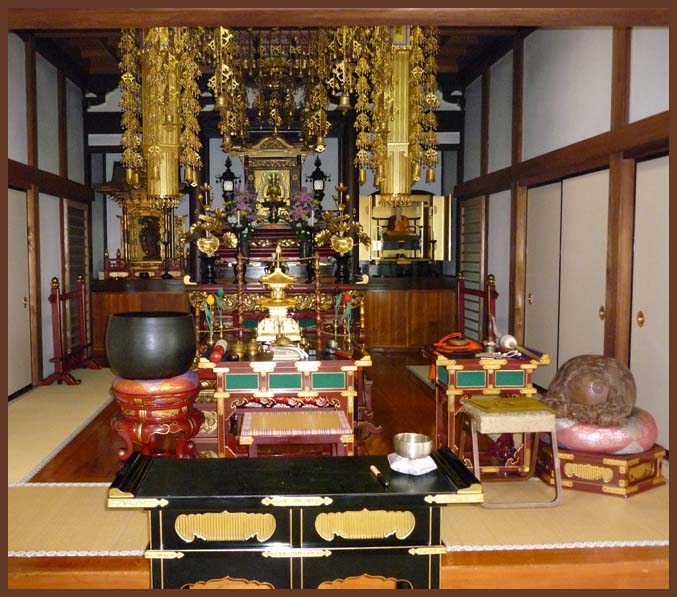 
The grave of Matsui Sumako is in this temple. 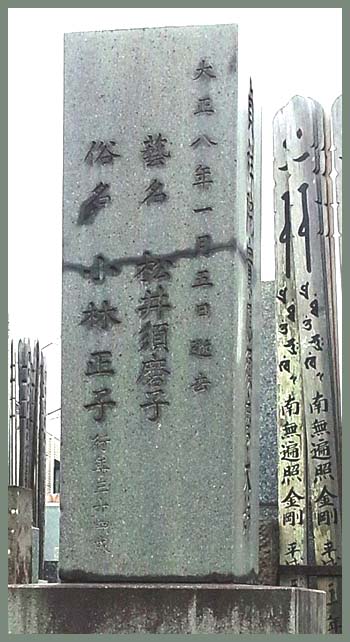 - quote -
Sumako Matsui 松井須磨子 Matsui Sumako (November 1, 1886 – January 5, 1919)
was a Japanese actress and singer. Born as Masako Kobayashi in Matsushiro, Nagano, Nagano Prefecture as the fifth daughter and last of nine children of Tohta Kobayashi, she was adopted by the Hasegawa family in Ueda at the age of six and in 1900 graduated Ueda school. She had to return to her birth family after her adopted father died, however in the year of her return, her natural father also died. At the age of 17 she moved to Tokyo.
She married in 1903 at the arrangement of relatives but divorced within a year.
In 1908 she married Seisuke Maezawa from the same country village and in 1909 joined Shoyo Tsubouchi’s newly established theatre group only to divorce Maezawa the following October 1910.
Matsui first became famous in 1911 for her portrayal of Nora in A Doll’s House. In 1913 after establishing the Geijutsu-za theatre troupe with the shingeki director Hogetsu Shimamura, she became an acclaimed actress thanks to her performance in the role of Katusha in Tolstoy’s Resurrection (translated by Shimamura). "Katyusha's song", written by Shinpei Nakayama, which she sang in the film, became a huge hit selling over 20,000 copies at the time. This was said to be the first ryūkōka song.
After Shimamura died of the Spanish flu on November 5, 1918, she committed suicide by hanging on January 5, 1919.
It was Matsui’s wish
to be buried alongside Shimamura, with whom she had been having an affair. However, her wish was not to be granted and her grave lies with her family in her hometown of Matsushiro.
Remains are also buried in the Tamon-In Temple in Shinjuku, Tokyo.
- source : wikipedia - 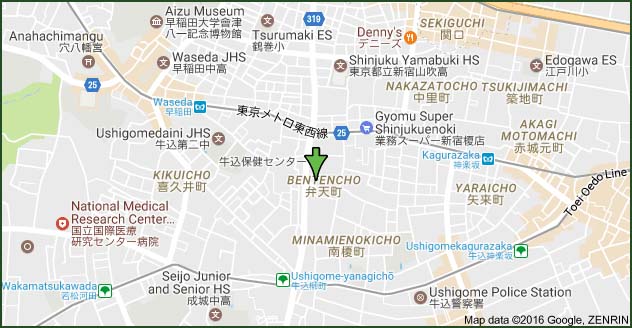 The last temple of the pilgrimage, 札留寺 Fudadome no Tera. 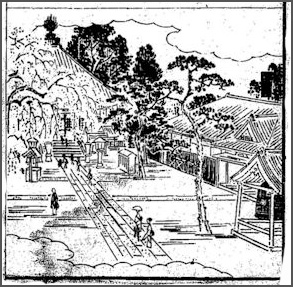 The main statue is of Kobo Daishi.
In 1573, the first temple was founded at Mount Koyasan.
The second head priest was called to come to 駿府 Sunpu by Tokugawa Ieyasu. 興山寺 Kozan-Ji in Sunpu was founded in 1602 by 木食応其 Saint Mokujiki Ogo (1536 - 1608).
The third head priest was called to come to Edo in 1627 to 浅草 Asakusa by Tokugawa Iemitsu,
and relocated 1696 to 白金 Shirogane. It served as the 打留の札所 last temple of the Gofunai pilgrimage.
In 1920 it was relocated to its present place.
Many women come here to pray for an easy birth.

During the Edo period, this temple was important for the priests of Mount Koyasan 高野山行人方触頭江戸在番所,
divided into
学侶方触頭江戸在番所 (Gakuryo, priests studying Shingon doctrine, mostly people from the aristocracy of high-ranking samurai families)
and
行人方触頭江戸在番所 (Gyonin, priests working in administration, kitchen etc., mostly people from lower ranks) 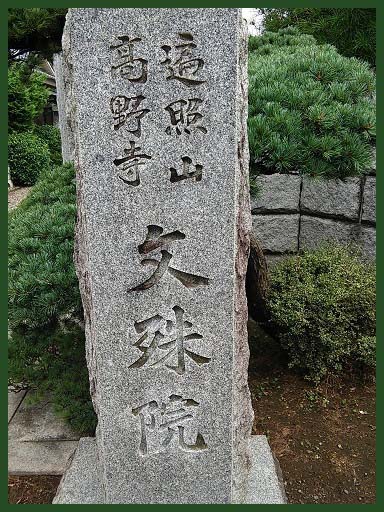 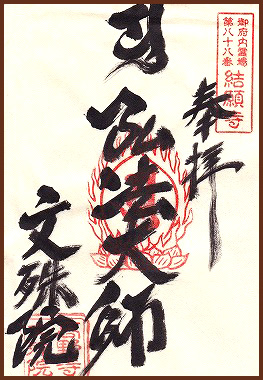 . Ookuboji 大窪寺 Temple Okubo-Ji .
This is the very last one of the 88 Henro pilgrim temples in Shikoku. 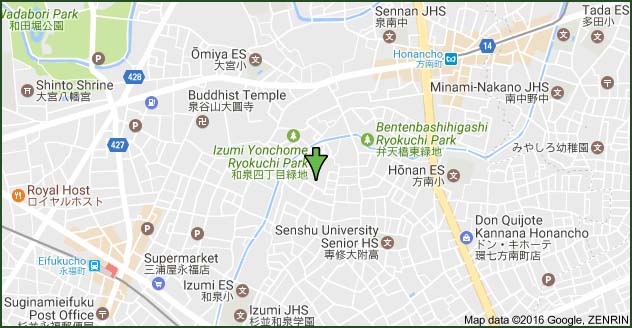 This is the end of the Gofunai Henro pilgrimage in Edo. 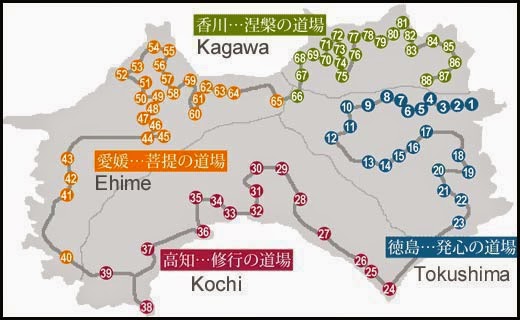 Since the Gofunai Pilgrimage has come to an end, here is the next one

. 江戸三十三観音霊場 Pilgrimage to 33 Kannon Temples of Edo .
This is a rather new pilgrimage, put together in 1976.
But is leads to old temples dedicated to Kannon Bosatsu in Edo, founded from 1641 to 1703.