- quote
Saba Daishi is located between Temples 23 and 24 and is the last temple on the trail in Tokushima Prefecture. Even though the temple is known by everyone as Saba Daishi, it's official name is Yasakasan Yasakaji (The Temple of Eight Slopes).

Originally built by Gyōki Bosatsu and founded by Kōbō Daishi. The honzon shows Kōbō Daishi holding a fish in his right hand because of the following legend.

Legend states that while walking the pilgrimage, Kōbō Daishi met a man leading a packhorse loaded with dried mackerel and asked to be given one but the man refused and walked away. Suddenly his horse stumbled and fell, stricken with colic. Remembering that he had heard of a great priest that was supposed to be in the area, and immediately realizing what had happened, he rushed back to find Kōbō Daishi to beg his forgiveness and to ask him to cure his horse.

Kōbō Daishi again asked for one of the man's mackerel and this time received it. He carried it to the shore, placed it in the water, and said a prayer. When the man saw the fish come to life and swim away, he immediately knelt before Kōbō Daishi and vowed to dedicate his life to Buddhism.

Sadler notes in his book that the head priest told him that, while there had indeed been a small hermitage here, the priest had converted it into a full temple and gotten it included as a bangai temple after WWII.

The temple is located on the coast by the national park of Yasaka Yahama. As the name of the park implies, there are 8 slopes and 8 beaches, with Saba Daishi located between the 4th beach and the 5th slope.
- source : www.shikokuhenrotrail.com 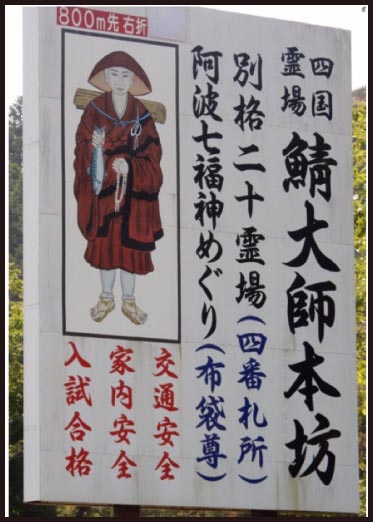 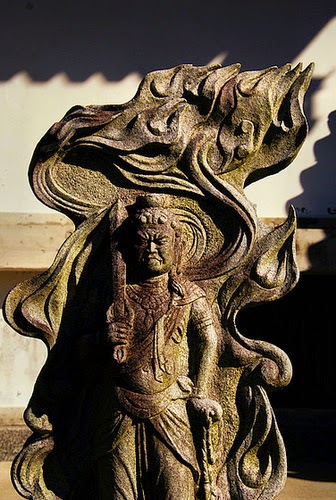 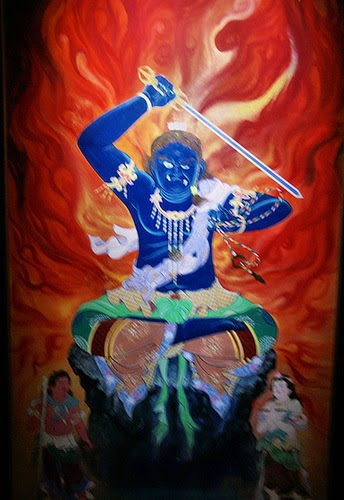 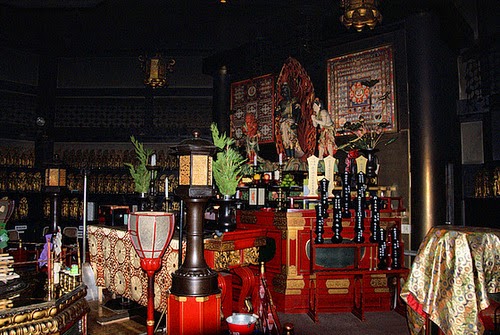